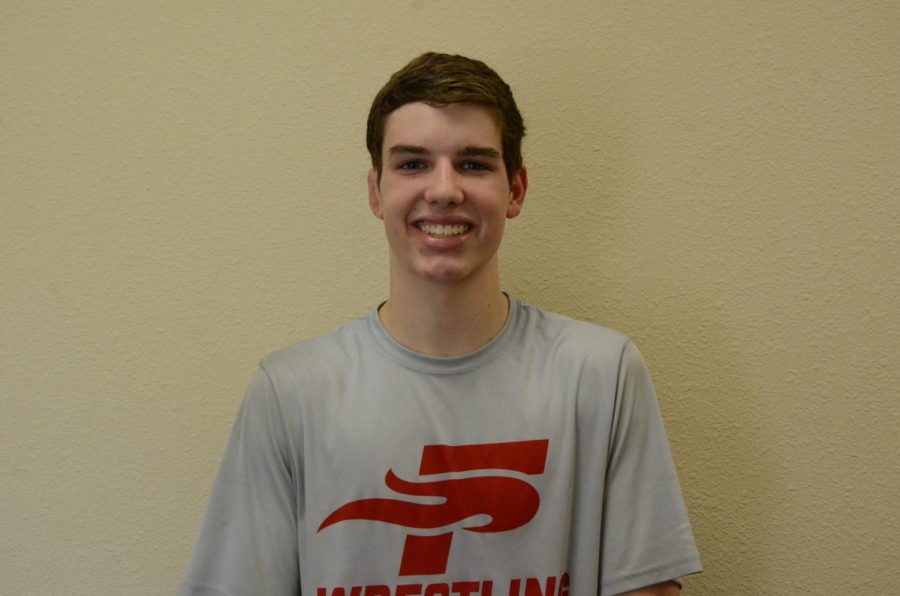 Hendon Haley is a senior at Durant High School. His passion for wrestling started about 12 years ago when his oldest brother, who was a freshman at Durant at the time, introduced the sport to Haley. Haley, along with his three older brothers, has wrestled ever since.

In the wrestling season of 2019, he was Hillsborough county champion, regional champion, and placed fourth in the state of Florida. Haley is most proud of his success at the state tournaments.

“It’s the biggest thing that I’ve gotten out of all my hard work,” said Haley. “That is something I’ll never forget and something very important to me, it was really everything I wanted.”

This past year, Haley was again a Hillsborough County champion, but he also was district champion, placed third in regionals, and was a state qualifier.

“The hardest part about wrestling is that it is an individual sport. It is one hundred percent up to you and how you perform as a wrestler,” said Haley.

Haley has been able to progress over the years and create a positive mindset going into his matches. He strives to be the best he can be and is supported by the motivation from his brothers.

“Something that motivates me would definitely be my brothers because they have always been there for me in the practice room and they’ve done very well themselves in high school,” said Haley.

Haley came into high school naturally motivated to either match or top his brothers in wrestling. He says that it is good to look up to people who are the best at what you do and learn from them. Haley also looks up to Jordan Burroughs, Olympic athlete and four-time world champion freestyle wrestler.

He has wrestled for Durant wrestling since his freshman year and was the captain for the 2019-2020 wrestling season. All four of his brothers were also captain of the Durant team. He takes the role of being a captain seriously and works hard to make sure the team strives for success.

“It’s a very important job and that’s how you build teams, you got to start with good leadership,” said Haley.

Haley has plans to attend Florida college, a Christian college in Temple Terrace. He doesn’t plan on continuing wrestling in college, but he wants a role in the wrestling community as either a coach, referee, or as someone who helps individuals with wrestling techniques.

Haley will miss his wrestling family after high school. He plans to keep in touch with teammates and attend Durant wrestling tournaments.

“We have one of the longest seasons of any other high school sport, so to be together with guys like that every day in the room for so long I’m going to miss that family aspect of just being there and grinding through hard times,” said Haley.