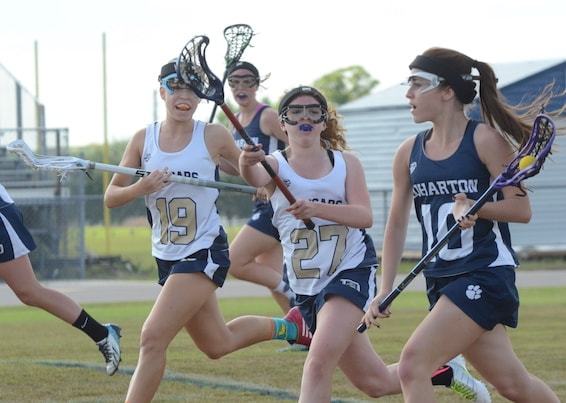 Durant High School’s girls lacrosse team began their season on February 16, winning 16-3, but the season began long before with tryouts on January 25 and the practices leading up to their first game and victory. The hours of practice and work have paid off, allowing the team to build the chemistry and unity needed to perform well on the field and encourage each other to gain the skills needed to play lacrosse.

The girls on the lacrosse team have credited their success as a team to the relationships and bond between teammates and the guidance of their coach, Durant High School physical education teacher Tanya Skjefte.

“The team’s very uplifting and just like a group of friends,” said Durant defender Madison Williams (Class of 2022). “Before this year, I had never even picked up a stick and when we started, everyone was there willing to help and very welcoming. Everyone has their own personality and I think we all work pretty good together.”

The guidance of a good coach is vital to any team but keeping the team’s spirits up is what leads to success on and off the field especially when the team is losing. This season, the varsity lacrosse team has a 1-5 record, but players have agreed that even though they are losing, the games are still fun and enjoyable.

The girls varsity lacrosse team will play five more games before the end of the season, all of which are against non district competitors. On Tuesday, March 23, they will face Steinbrenner in Lutz and Alonso in Tampa on Friday, March 26. They play Manatee in Bradenton on the following Wednesday and an away game at Sickles the next day on April 1. They finish the regular season with a home game against sickles on Tuesday, April 6.