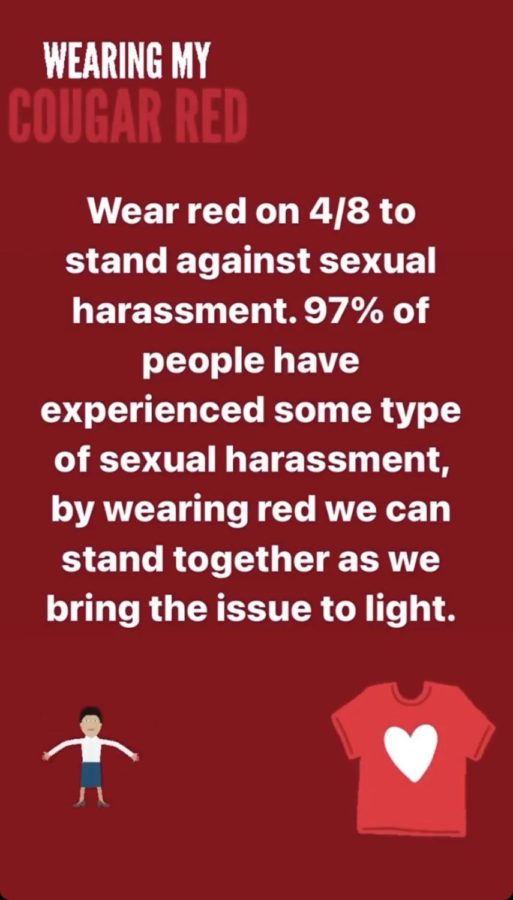 On Thursday, April 8, Durant students are asked to wear red to bring awareness to sexual harassment. The color red is the symbol of multiple sexual harassment protests and sexual assault awareness month is observed in April. The event was organized by Durant Senior Lisiane DeCosta at the beginning of April to raise awareness at Durant.
“I’m doing it because the [new] statistic came out that 97% of women have experienced some type of harassment. I wanted to bring awareness to the topic and just be able to unite on the issue,” said DeCosta.
During April, there is a nationwide push, the Ref My Lips event, to wear red lipstick to show solidarity with sexual assault survivors. However, this year everyone is wearing a mask, so to show solidarity, DeCosta asks that students wear red clothing.