Never Miss A Chance To Dance 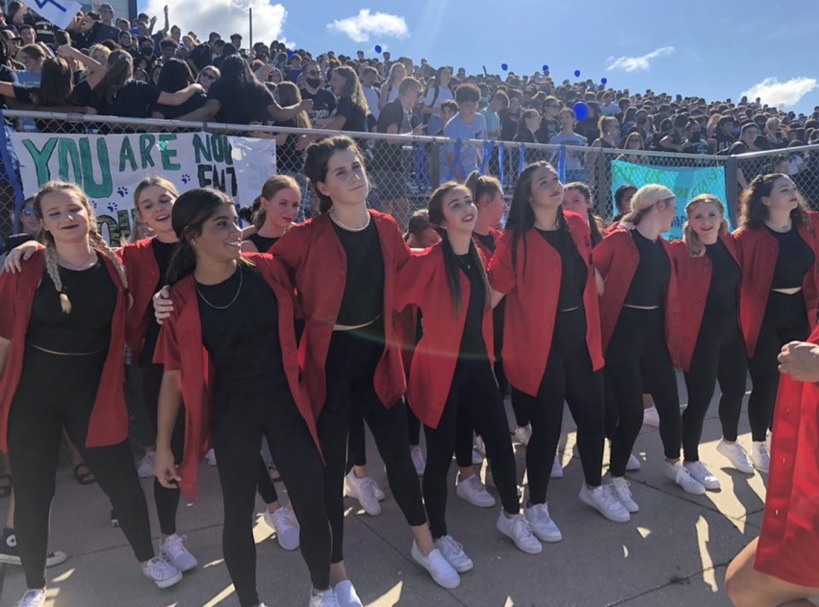 D-Crew is not only a club at Durant high school, but it is a home for students to express their feelings while dancing! Dancing might not be for everyone, but anyone can tryout and fill out the initial questionnaire. D-Crew performs at pep rallies and different events throughout the year, such as the pep rally on October 15.

Gill tells us that, “I have some pretty big shoes to fill, that’s for sure! Anyone who knows Mrs. Koza knows she is a very busy lady as Durant’s ESE Specialist, but she’s always made time for her D-Crew girls! While filling her shoes will be tough, I am lucky to have her guide me through this first year.”

Koza has been helping Gill out this first year of switching sponsors just to get her ready for when she will run it on her own next year. Gill is so excited that she is the new sponsor and can’t wait on what the rest of the year holds for the team and herself. She was very delighted to get involved with extracurricular activities and clubs. D-Crew originally started with a handful of girls when Koza was in charge of it, and over the years, it has grown to be more and more popular. There are now 18 girls in D-Crew this year and there is even a budget for personalized jerseys.

Captains Maddie Williams (12) and Ilyssa Ramirez (12) are thrilled to lead the dance team to a successful and fun year. Captain Ilyssa Ramirez has been dancing for years and loves to show off her skills at school. She started in her freshman year with D-Crew and worked her way up to captain. She helps make the dances along with Williams and wants to pursue dance in her future. There is also a co-captain on D-Crew, Hayley Fresh. Fresh has been dancing since she was three and helps the girls individually with technique and skill, as well as any questions the team has about future events.

She said, “I love being a part of the leadership because I get to help create the dances we perform and set a leading example for the team on how they should represent our school!”

She would like to become captain next year and really show the school her dance routines and skills.

D-Crew will be performing at most of the pep rallies and in the Christmas parade held in Plant City on December 3rd.